Looking for a book to read? These are the books I read in March 2018.

I was seduced by the cover of this book.  I mean, just look at the beauty and mystery of it; I knew I had to read it.

The trippy cover actually says a lot about this book, which is a dark tale of drug addiction in the backstreets of India. Kind of like an Indian Trainspotting, only more exotic and dreamlike.

Open the pages and dive into another world.

The Last Days of Night by Graham Moore

Yet again, I was seduced by the cover of a book. There’s the Statue of Liberty herself, inside a light bulb! As an American, how could I resist?

The story swirls around a young lawyer called Paul Cravath, who takes on a court case for Westinghouse; he’s being sued by Edison for copyright over the invention of the light bulb.

All the main characters were real people, and most the events in the story actually happened. This is a fascinating slice of history, paced like a thriller, in a world of eccentric inventors fighting over a mysterious new power called electricity.

The Birthing House by Christopher Ransom 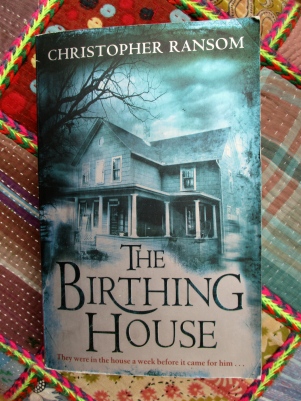 I picked this off the shelf from a Little Free Library on a whim, and was surprised to discover the book is set in Wisconsin, very close to a town where I used to live. This detail sucked me in, and I was soon invested in the story.

I don’t usually read horror stories, but this is very, very good. The premise: a married couple, Conrad and Jo, move into a Victorian house in small town Wisconsin. Conrad discovers a hundred-year-old photograph of a group of women standing on the porch of the house. When he takes a closer look, he finds his wife in the photo, staring coldly back at him from a century ago.

Then disturbing things start to happen…

Have you read any of these? Let me know in the comments below!

February’s reading list is here, and other bookish posts are here.