I stumbled across this 1966 vinyl in a local charity shop and had to buy it.

I am not a bird enthusiast, but this record has such comedic value.

Apparently, Shell oil company released a series of nature records in the 1960s. This is just one of them. 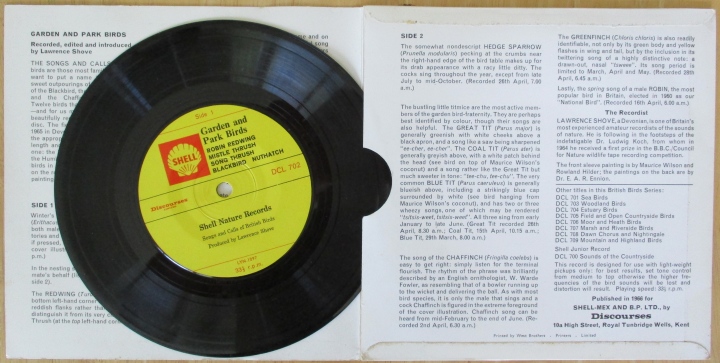 Some of the text on the sleeve is unintentionally hilarious. For example:

The somewhat nondescript hedge sparrow pecking at crumbs near the right-hand edge of the bird table makes up for its drab appearance with a racy little ditty. 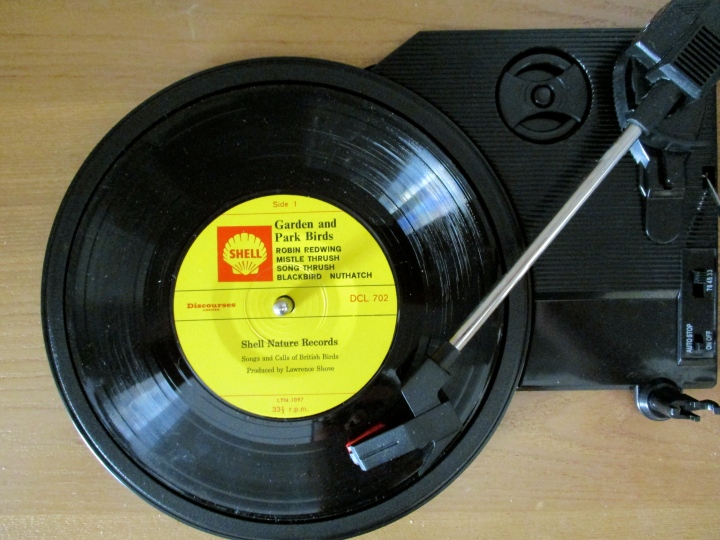 Time to give it a spin…