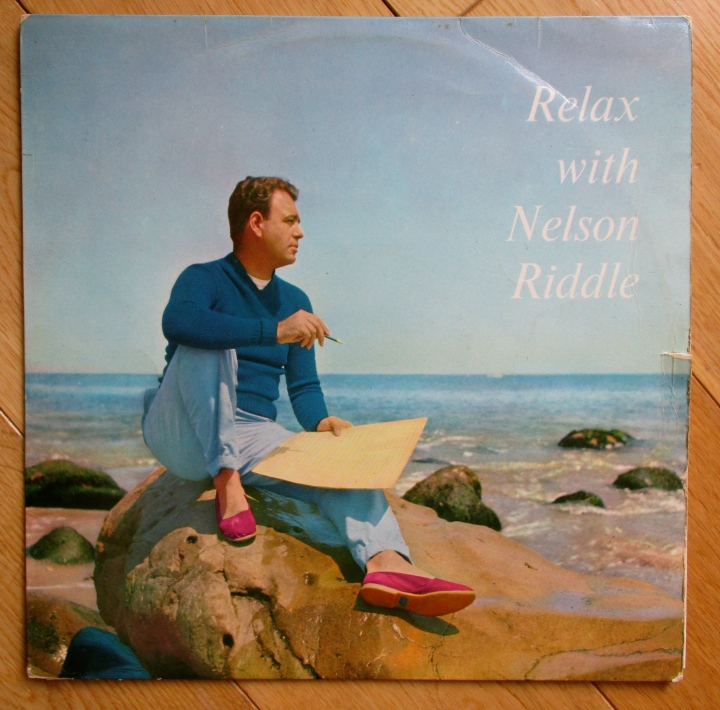 Nelson who? I hear you ask.

Well, the one and only Nelson Riddle, of course.

Still none the wiser? He was an arranger, orchestrator, and composer who worked on records with the likes of Frank Sinatra, Ella Fitzgerald, Nat King Cole, Dean Martin, Peggy Lee, and Johnny Mathis. He also composed music for movies like High Society and Paint Your Wagon.

I picked this record up from a charity shop without knowing who this man was. I just thought it was a funny picture. Look at his shoes! Look at his sweater! Look at his natural pose!

Here’s a YouTube video I found of one of the songs on this record, a version of Love Letters.

To be honest, this isn’t the sort of thing I would sit at home listening to. For me, this is just a cool object to own.