BBC Countryfile Live is a four-day event held at Oxfordshire’s Blenheim Palace, every summer. We had free tickets, and as it’s just a five minute drive from home, I took the kids there today, unsure what to expect. 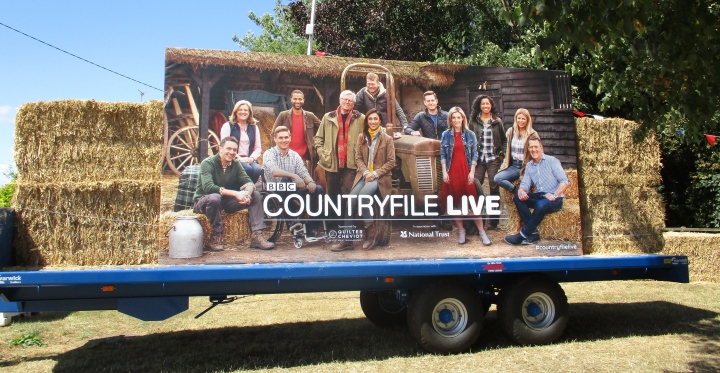 I thought the roads to the event would be congested, but they were fine. There was a queue to get into the car park, and then a long walk into the palace grounds, followed by security checks, but everything moved pretty quickly. 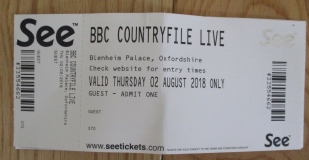 Once inside, this is what we found… 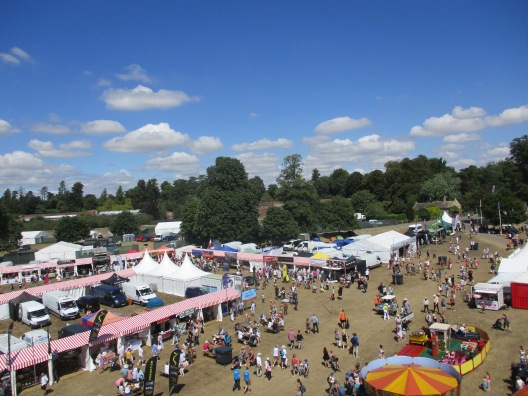 There were huge areas, roughly divided into themes, with a wide variety of places to eat, drink, shop, and be entertained. Oh, and there were plenty of toilets! 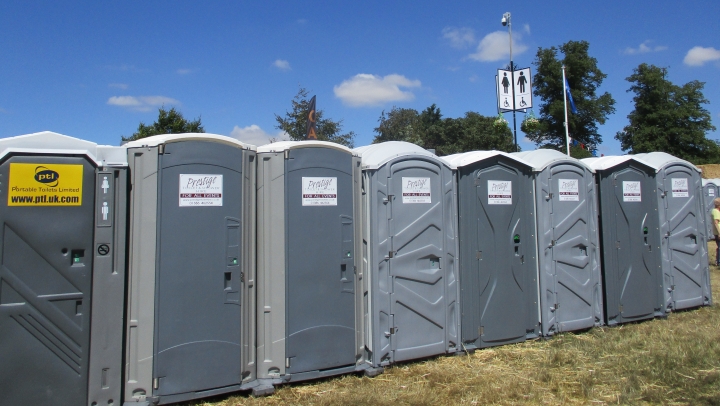 A lot of the activities were free, and some needed signing up for upon arrival to book a slot, such as canoeing, tree climbing and fishing. 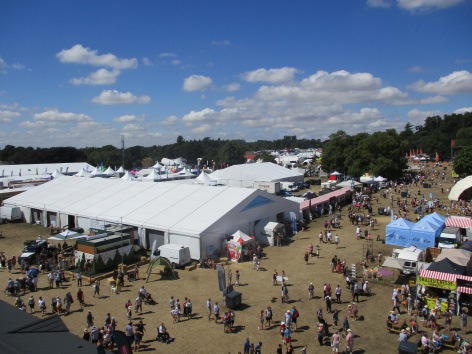 One of the best free activities we found was den building, in some much needed shade. It kept the kids engaged and busy for at least half an hour, while I sat under a tree and had a cold drink. 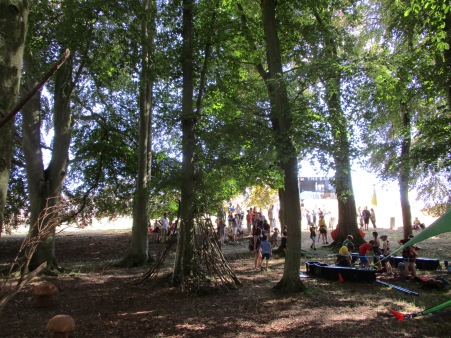 As the day went on, and the temperature soared, it was noticeable that most people were desperate to find shade, taking shelter under even the smallest of trees. It was too hot to explore most of the areas, which were out in the full glare of the sun. 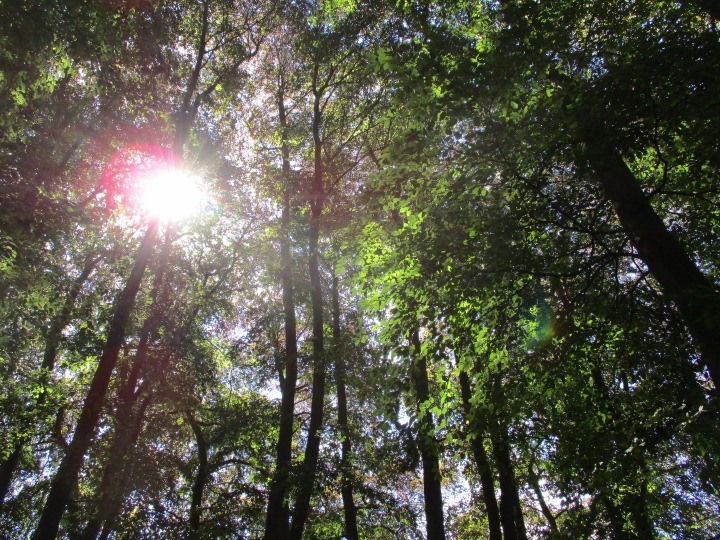 The surprise hit of the entire thing was The Camping & Caravanning Club’s stall, which had free children’s activities. My two spent ages colouring in and making masks to take home, and they loved looking inside all the caravans that were on display. They had free sweets, free masks to make, keychains to colour, gliders to make, and a play tent complete with toy kitchen for younger children. There were also children’s entertainers on hand to engage the kids in silly games. A big thumbs up from us! 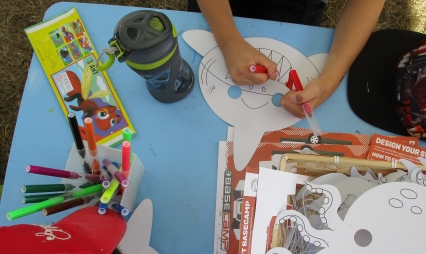 We took our own picnic, and had free tickets, so this was a pretty cheap day out for us. Apart from paying £5 for parking, the most expensive part was riding on the ferris wheel in the fairground area, which was a hefty £3 per person (although the ride itself did last quite a long time) and playing the hook-a-duck game (another £3 each) followed by a much needed ice-cream. 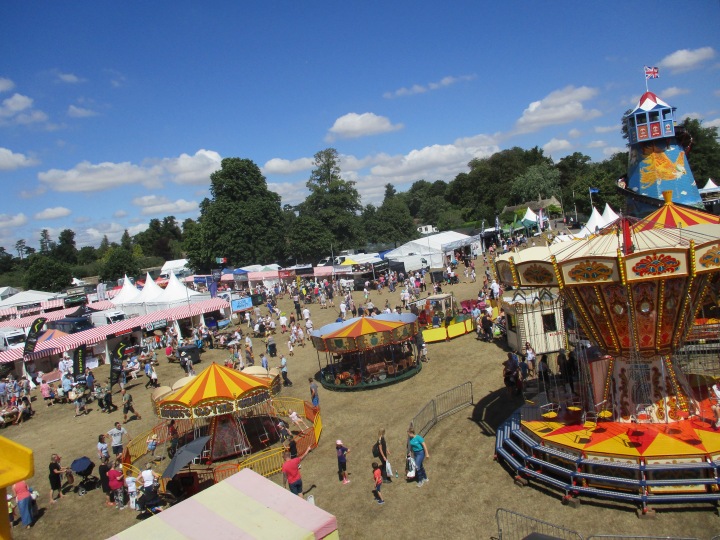 We were there from 10 until 2:30, by which time the kids had had enough of the crowds and the heat. And to be fair, if there had been a pool of ice-cold water I would have sat right down in it. 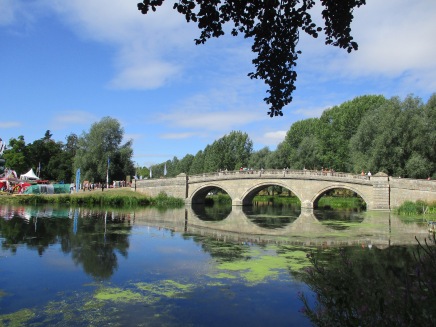 Overall, I was impressed, but not sure I’d have paid full price to go if we didn’t have free tickets. For full information about BBC Countryfile Live 2018 click here. It runs from 2nd until 5th August. 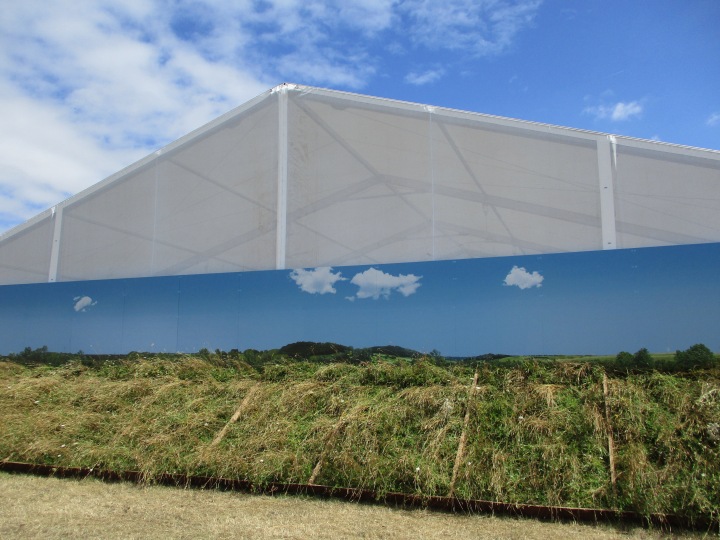