I spent Wednesday evening hanging out in Verona, with members of the Capulet and Montague families.

No, I am not lying. This actually happened.

I went to a party at the Montague’s house, sang along to Young Hearts Run Free, and I was there when Mercutio was killed on Verona Beach. I also listened to a sermon given by Father Laurence, and witnessed the church choir singing When Doves Cry.

Verona Beach has been recreated in London, for a month only, by Secret Cinema, and each night the paying public can enter for an immersive experience and an outside screening of Baz Luhrmann’s Romeo + Juliet.

Everyone is asked to go in costume, and gets assigned a family to side with; i.e. you are either a Montague or a Capulet. I have never seen so many people wearing Hawaiian shirts or angel wings.

I was summoned to attend as a Capulet, Babyface Louis. 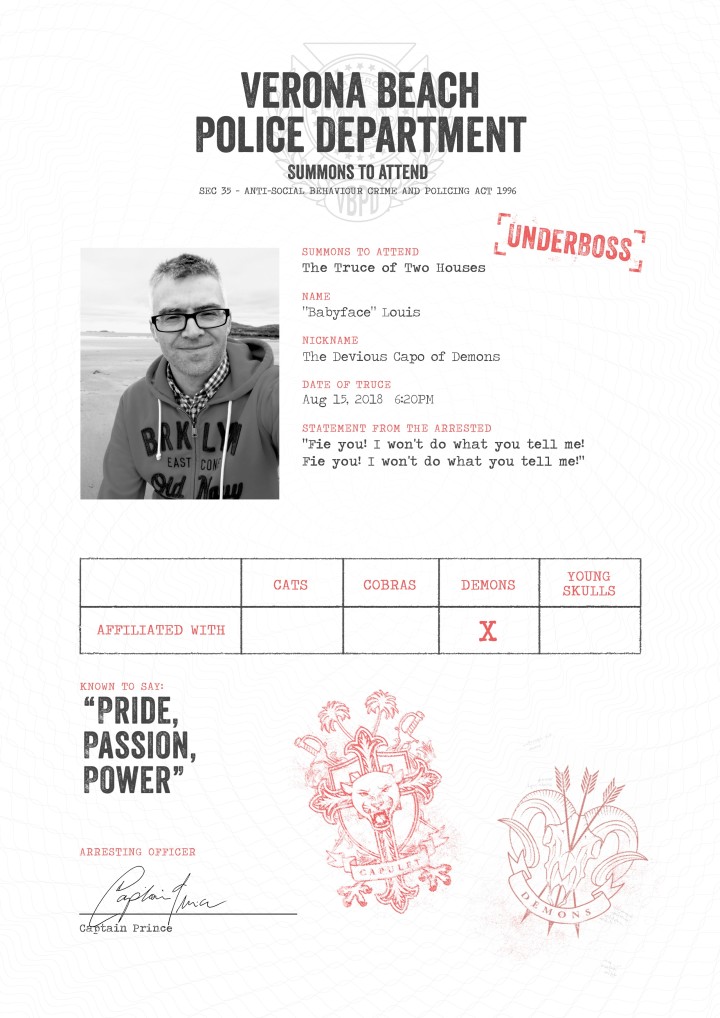 There were actors dotted around the site to interact with, and the attention to detail was incredible. The casting was so good, that the actors were instantly recognizable as the characters they were meant to be portraying from the movie.

During the actual screening, these same actors recreated scenes, right there on the stage alongside the movie, which had the effect of blurring the lines between the silver screen, the stage, and the audience. It was truly immersive.

Cameras and phones are not allowed during the event, so I can’t share any images with you, but there are some in this review from The Independent here and from The Stage here.

If you’re in London, and able to get tickets, I highly recommend this fun and engaging experience! For full information click here.

One thought on “Hanging out in Verona with Romeo + Juliet”