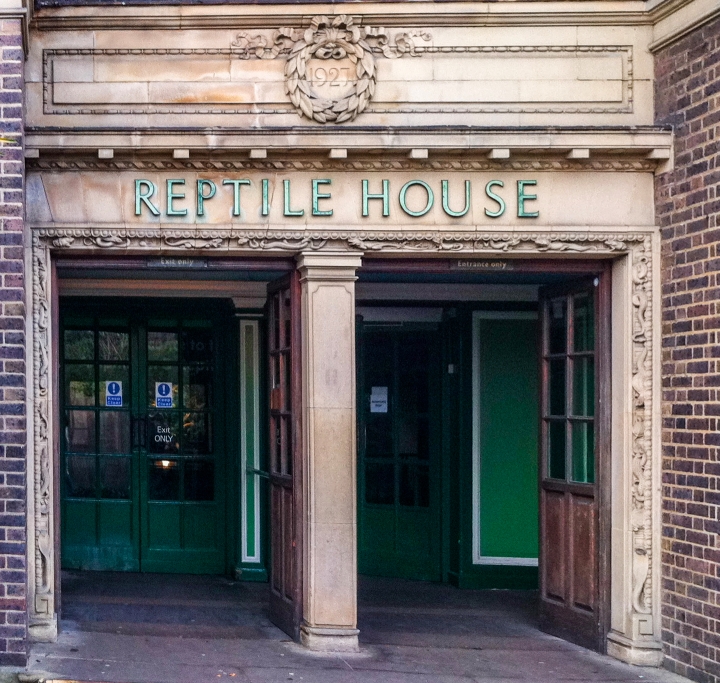 She enjoyed the darkness of the reptile house; the shadows and cool temperature suited her. She stood by the crocodile enclosure, looking directly at the unblinking eyes that coldly stared right back. With one hand she gently pushed the pram back and forth, to help her baby daughter fall asleep. With the other hand she felt around inside her bag, searching among the wipes, nappies, bottles and bibs until her fingers could grasp the cold, shiny object she was looking for. Behind her, in a glass tank, a lizard flicked out its tongue, searching for prey.

Outside, the sun shone brightly. Beams of light bounced off the rippling water in the penguin pool, blinding the eyes of the people watching. They should have been used to this kind of intense heat by now, but still the crowds came, to enjoy the zoo in the midday sun. Children tried to eat ice cream before it melted, but in this heat it was impossible. Dairy colours dripped down chins, leaving sticky traces of sugar, like the trails of broken dreams. Parents reached for wet wipes while the penguins played in their pool.

Her daughter was asleep. She got the compact mirror out of her bag and positioned it so that she could discreetly glance behind her. No-one else was here yet. She would have to wait, standing here in the shadows, almost as still as the crocodiles in front of her.

Peter had received a message, to meet the contact in the reptile house at 12:30. He didn’t like these meetings. It felt too suspicious. Too risky. He hated this summer heat, and disliked crowds at the best of times. The zoo was the last place he wanted to be, surrounded by children with sticky faces, tacky souvenir stalls and wild animals trapped in cages. He was wearing a baseball hat and sunglasses in a futile attempt to shield himself from the sun, but out in the open like this it made little difference. True, he was blending in with the crowd, but his back was already drenched with sweat. He took a swig from his water bottle and started to make his way to the reptile house, slowly manoeuvring through the obstacle course of people, pushchairs and prams.

Although she heard the door creak open she kept perfectly still. She willed her daughter to stay asleep and waited for the footsteps to get closer. The crocodiles remained still also, as if they were on her side, watching and waiting for the opportunity to strike.

He was surprised to find the reptile house empty, except for a young mother with a pram over by the crocodiles. He removed his sunglasses and hat, and started to walk slowly further inside, feigning interest in the strange creatures in glass cases. Won’t be long now, he thought. Just collect the drugs and go home.

Using the compact mirror, she looked to see where he was. He was here alone, as expected. She had her instructions, which were never wrong. She waited for him to come closer, still silently hoping her daughter would stay asleep.

His back was to her now. He could see her, though, in the reflection on the glass tank. Just a shadowy figure with a pram, gently rocking her baby to sleep.

Her hand was drawn slowly from a bag; probably reaching for her phone, he thought.

Quickly, she spun around. Aimed. Fired the gun.

Seeing that she had been successful, she tossed the gun in with the crocodiles, and casually walked out of the reptile house, pushing the pram in front of her.

The sunlight dazzled her eyes and she pulled up the hood on the pram. She was still sleeping. Perfect baby, she thought, as she headed towards the ice cream stall. Not that she needed an ice cream; she just wanted to blend in and disappear into the crowds. Just another mother on a hot day, enjoying the zoo.

One thought on “At the Zoo”