A few years ago I read a book called Station Eleven by Emily St. John Mandel. It’s a wonderful book, the kind of dystopian novel that I love. 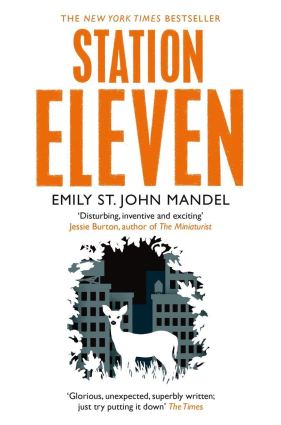 It’s set in North America, after a global flu pandemic has wiped out most of the world’s population.

At first people stayed home. But then food began to run out, and more and more people succumbed to the flu.

Cars were left abandoned after the roads became too congested with people trying to flee the cities.

In a desperate bid to stop the flu spreading further, passengers were left to die inside planes, parked on runways with the doors locked.

Station Eleven focuses on a group of survivors who travel around the American Great Lakes region some twenty years after the pandemic,  performing Shakespeare wherever they find small settlements of people.

And so here we are, in 2020, experiencing a global pandemic. Borders are closing and international travel bans are in place. People are panic buying everything they can in the supermarkets. Governments are shutting down large scale events. Many countries have closed schools (here in the UK schools are still open, but we suspect they will close soon).

I love reading a good dystopian novel, but I have no desire to actually live in one.

It is highly unlikely that coronavirus will wipe out humanity – it seems to target the elderly and ignore children – but it is fascinating to watch the panic unfold. Maybe everyone has seen too many disaster movies or read too many dystopian novels.