My grandfather served on a corvette, which was a small warship, during World War II.

He crossed the Atlantic multiple times, sailing from England to the United States.

At some point during the early 1940’s he visited New York City when his ship docked there. 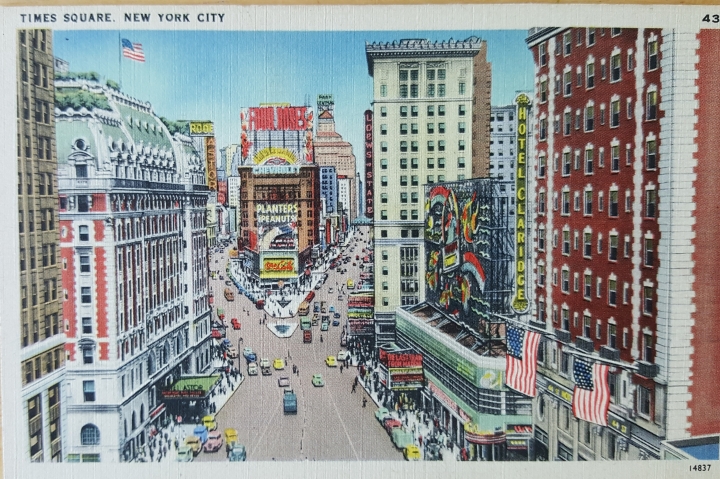 He came back to England with this set of New York City postcards as a souvenir.

One of the postcards shows the location of a place called Elks, which was a place for men in the services to go during their leave.

On the back of the postcard it lists recreation rooms, dancing, canteen, sleeping accommodations and showers that are all “for Elks and their buddies in service”.

I can only assume that this is where my grandfather stayed during his visit.

The other postcards all show idyllic scenes from New York. Take a look at some of them below. 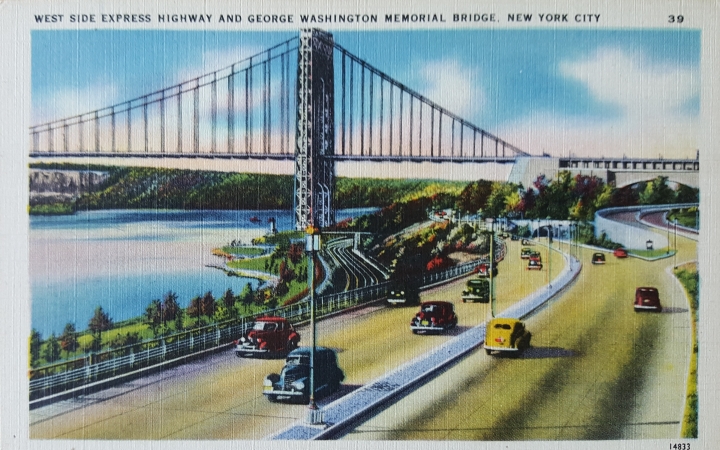 Look at those cars, and how empty the highway was! 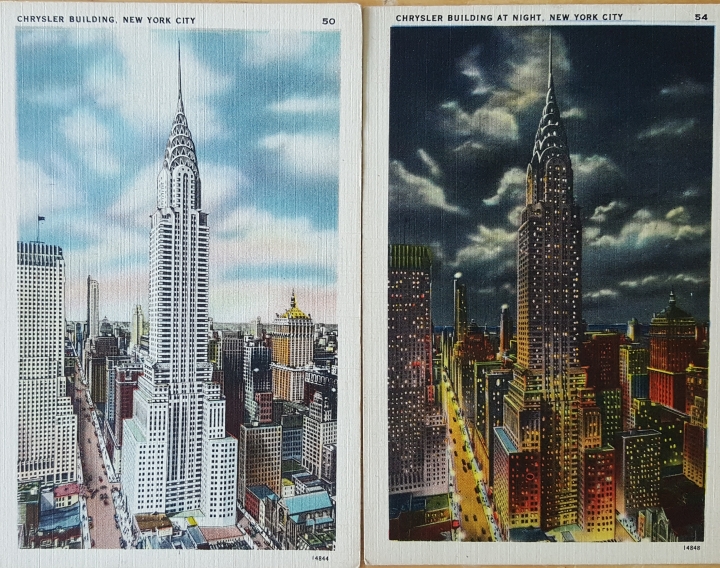 It only cost 1 cent to mail a postcard back then. 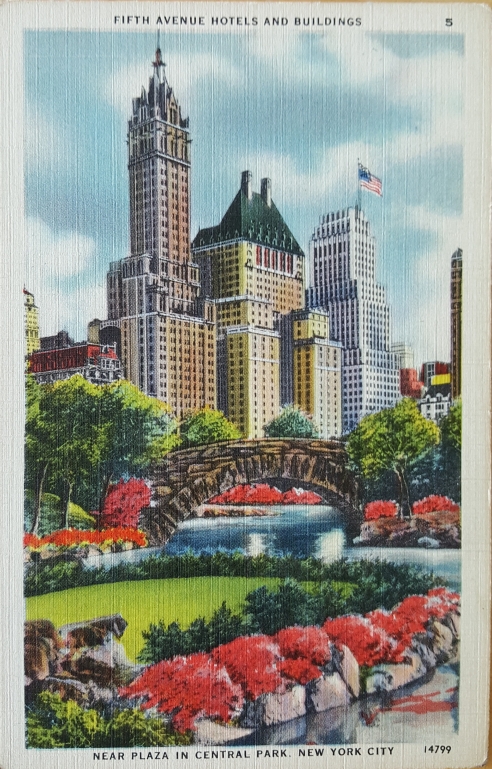 I don’t remember my grandfather talking about New York in any great detail. He did talk about his other wartime experiences, though. He survived a couple of ships sinking. He even visited Sydney, Australia towards the end of the war, after his ship was diverted there after Japan had surrendered.

These postcards are the only physical memento from his travels.