Madonna turning 60 seems to be inspiring people to look back and reassess her music career. Last year I wrote this about her:

Let’s be frank; 1989 was the year that I fell in love with Madonna. Well, at least a very specific idea of who I thought Madonna was; that beautiful, dark-haired, Italian-American woman in the Like A Prayer video, who seemed so mysterious… and a world away from her previous incarnations. Plus the song Like A Prayer was an amazing pop hit, one that has quite rightly gone on to be regarded as a classic. I bought the 7″ single, and then the album on tape. It became the most played album I owned that year as I became addicted to it and to her; it is surely one of the best pop albums ever made. My infatuation with Madonna eventually faded, and I don’t listen to Like A Prayer now; Erotica and her first album, however, have stayed with me, both legacies from the time that I loved Madonna. 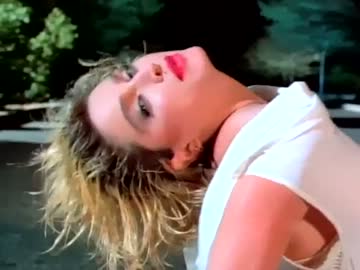 Here are my ten favourite Madonna songs; mostly singles but a couple of album tracks thrown in for good measure. My list begins with Frozen, and ends with perhaps the most “Madonna” Madonna song of all; the 8 minute version of Into The Groove.